Concerns over exceeding the maximum exhaust gas temperature when climbing through mountains prompted the installation of an Exhaust Gas Temperature gauge for our Cummins engine.

Starting the engine, we checked for exhaust leaks and found none. We ran 16 gauge wire from the probe up to and under the dash area. We were able to find a location in the dash where we could drill a 2 1/8 inch hole with a hole saw. We installed the gauge in that location, and hooked up the wires.

On a recent trip into AR we were able to monitor the EGT as we traveled up and through the Ozarks and The Quachita Mountains. It was comforting to know we never exceeded 850 degrees on the gauge (~1050 degrees according to Cummins at the manifold). The Cummins technician said to never exceed 1150 degrees at the manifold. We're now ready for the mountains of the West. 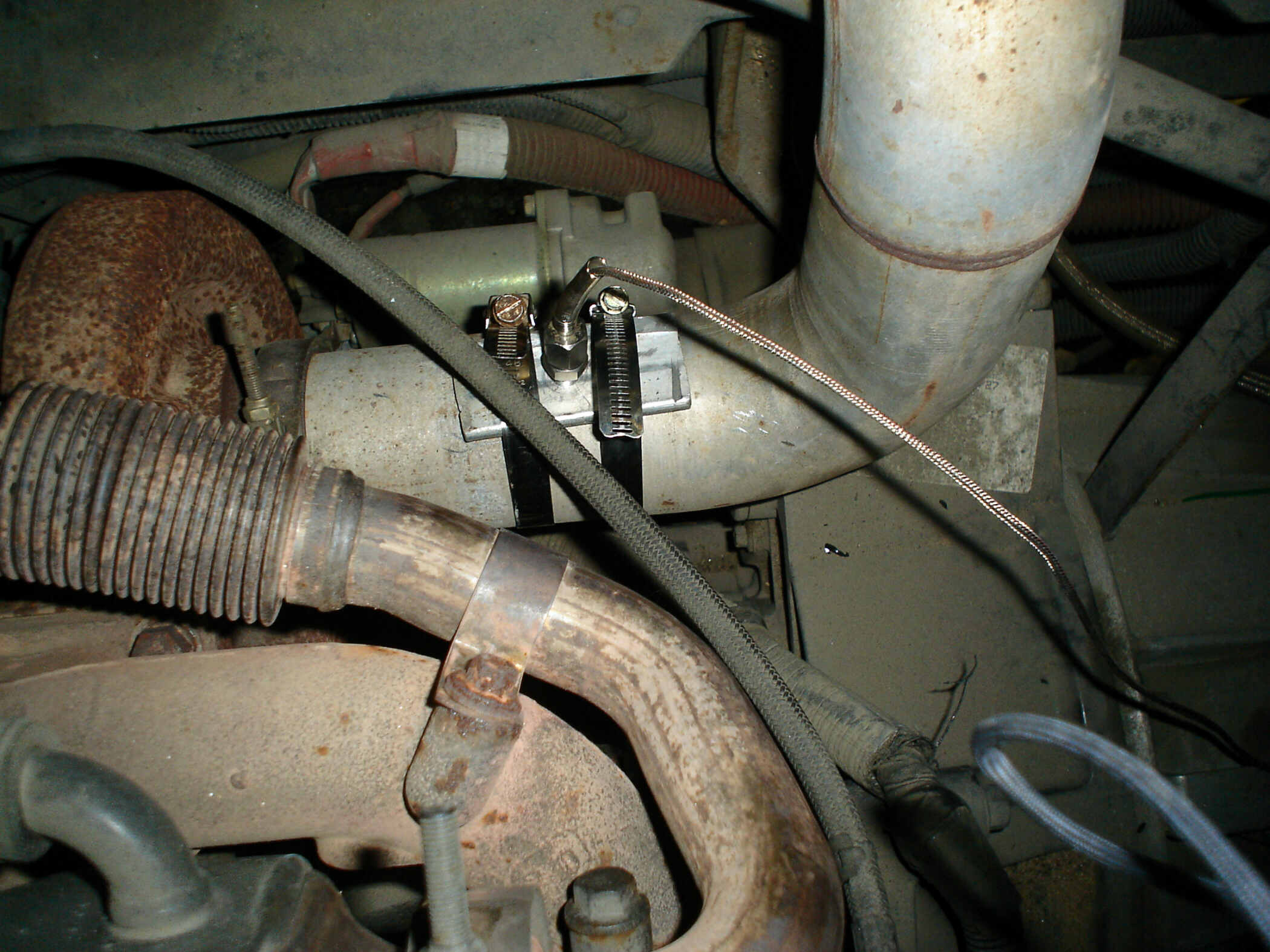 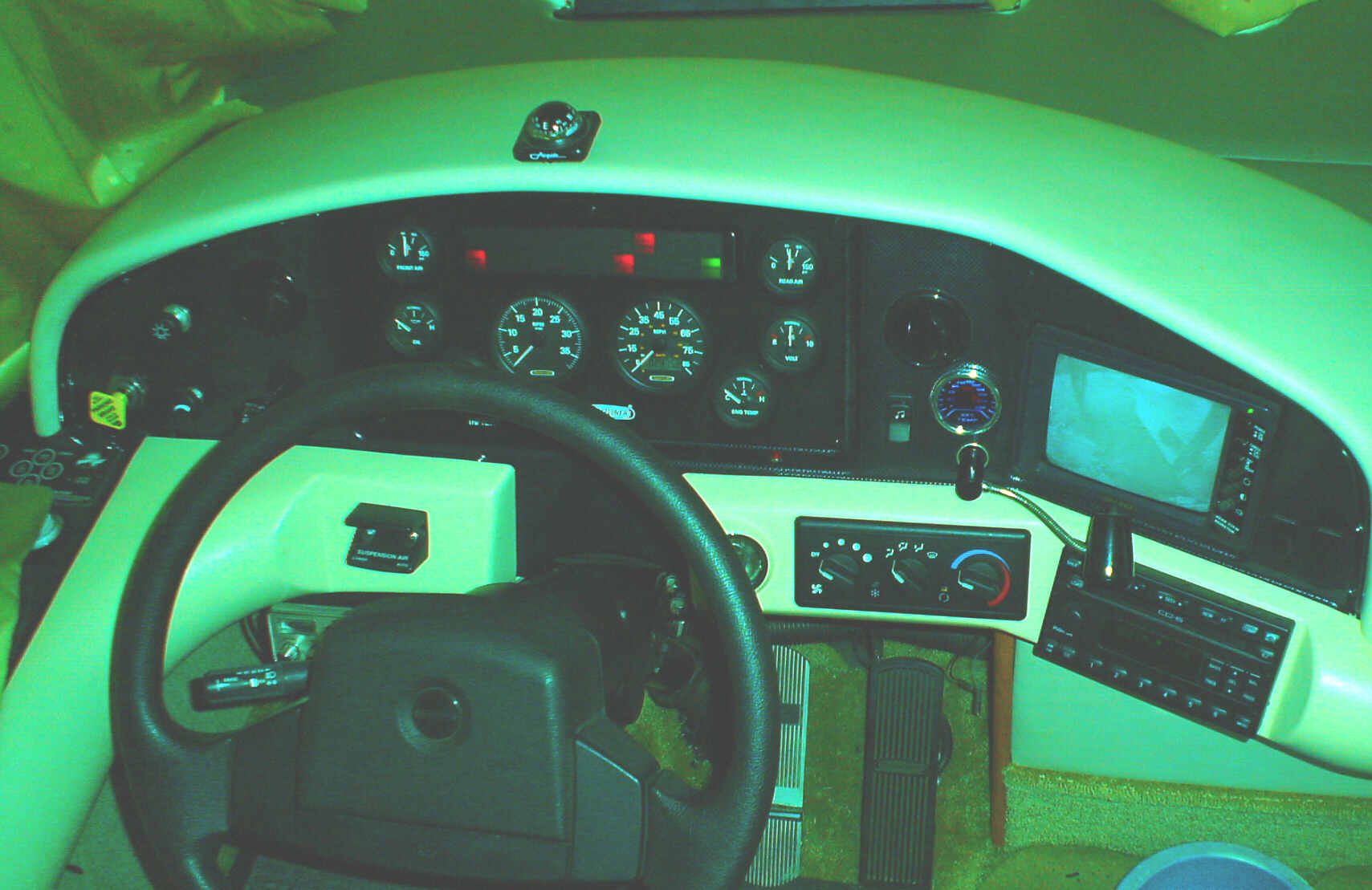