We had several concurrent issues we resolved or set up for resolution during this exercise.

1. The microwave was 3/4 inch or so lower in the front than the back.
2. The upper cabinet left of the microwave was falling from the ceiling.
3. The NoCold was revealing its erratic operation.

1. Before you begin this step, be sure you have assistance to hold the microwave. 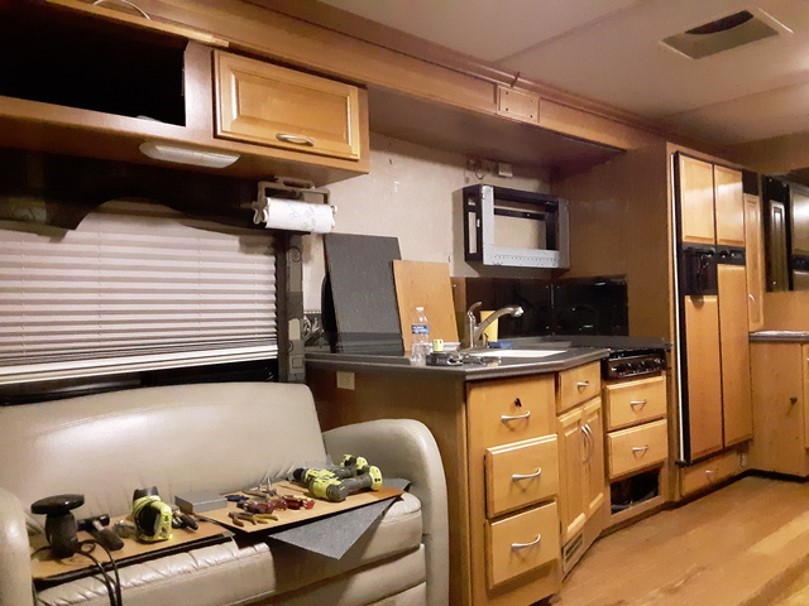 You shouldn't have to do anything with that aluminum frame -- it was welded and seemed to be mounted quite sturdily. Steel angle brackets are bolted to the ceiling that held much heavier than needed steel straps bolted poorly to the top of the microwave with two 1/4-20 bolts. Removing the two bolts from the top of the microwave allows the microwave to swing down at the front, supported by the hooked lip at the bottom rear. Once the two bolts are removed, two people (Bruce and I) easily lowered it to the floor.

2. To remove the cabinet left of the microwave, we had to remove the felt liners and several panels that screwed the unit to the next cabinet left and to the ceiling. We found where the slide's structural members were and connected to them instead of the slide's metal shear panels wherever possible. It is much more solid now. WARNING: use short screws when fastening to the slide ceiling or back walls. They are only an inch or so thick. Too-long screws can create a call for Eternabond or Dicor on the slide roof. Hmmm ...

Then we reinstalled the felt liners, using spray-on adhesive.

To reinstall the microwave, we wanted our fasteners to be in shear instead of tension.

The following sketches should give you an idea of what we did. 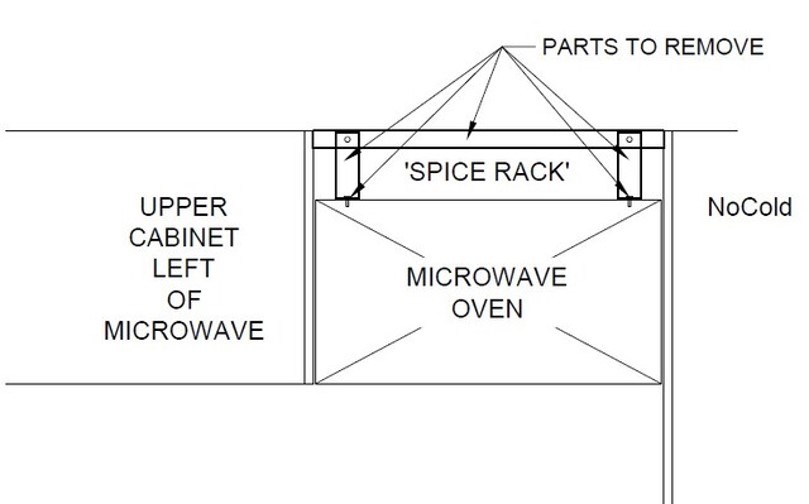 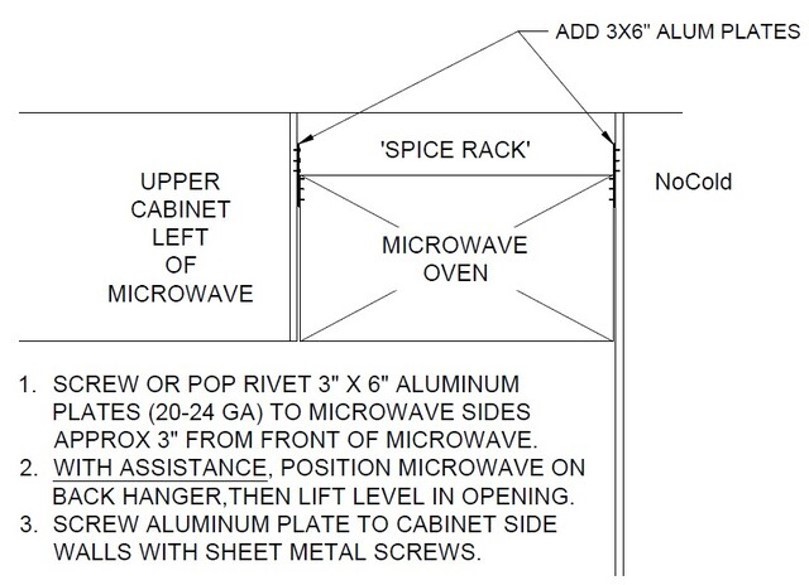 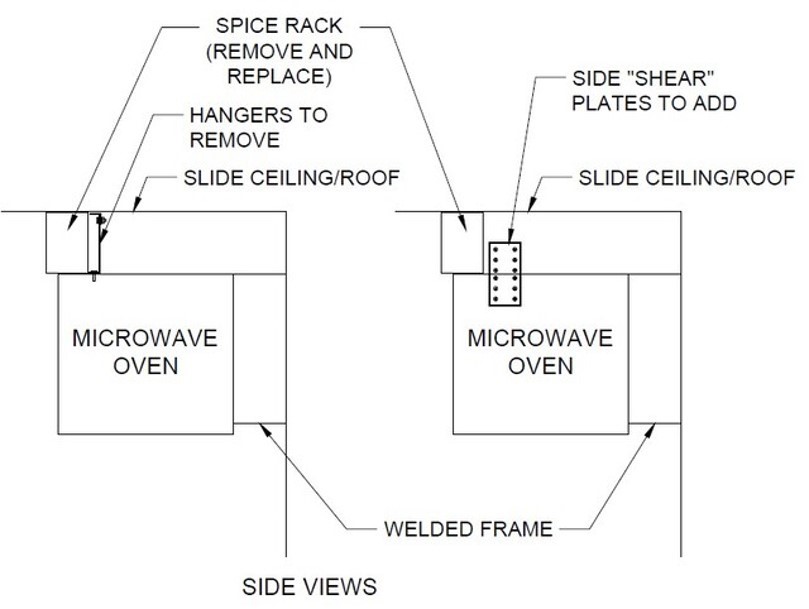 See today's photo below of the outcome so far:

Work remaining to be done to finish kitchen:

It's a work in progress, but it's coming along. 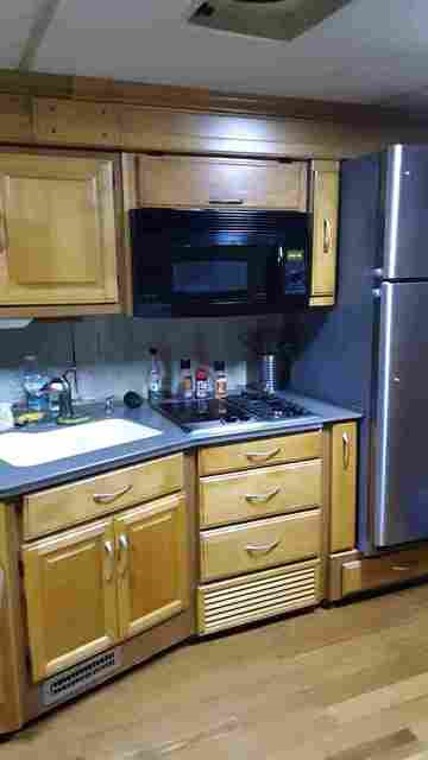